True Display Technology - see your maps as the cartographers drew them.

We reproduce all of the maps on screen or paper exactly as they are supplied to us. We don’t twist them and we don’t downgrade their quality. Not all mapping apps achieve this.

If you look at say an Ordnance Survey map it has grid squares that are square. OMN reproduces that square as square on your screen or on paper. Many competing systems don’t, so they have to take the beautiful maps the Ordnance Survey produced and stretch and twist them which obviously degrades the quality.

It’s easy to spot. Just move a map close to the edge of the screen and see if the grid lines are parallel with the side of the screen. 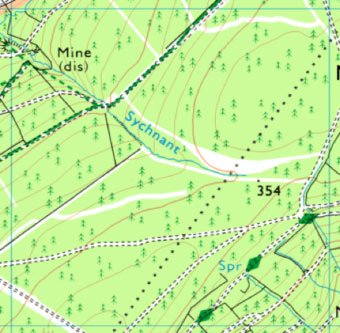 Above is an OMN image. Compare the blue grid lines to the edge of the image itself. The grid square is square as expected. 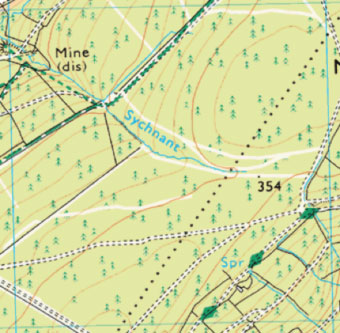 Above is an image from a competing system. Compare the grid lines to the square edge of the image and you will see they diverge. The grid square is no longer square.

A quick explanation avoiding the maths:

Think of a small beach ball as the earth, place your hands on the poles and squash it slightly, and that is basically the shape of the earth.

As the earth is a curved surface the cartographers have to choose a mathematical model called a projection to move grid points between a 2 dimensional paper map and a 3 dimensional surface.

Different mathematical projections suit different countries better due to their location and size on the earth’s surface. For instance the UK is a tall and thin country, whereas the USA is a much wider country.

A number of projections have been developed to give a best approximation to all countries. They achieve that, but are therefore not the best solution when dealing with an individual country which is why national mapping agencies don’t use them for drawing their cartography.

Many mapping applications choose to implement just one global projection, and to make each countries maps compatible they have to stretch/twist them to fit the new grid system rather than use the grid system the original cartographers produced the maps on. This process obviously alters the initial mapping and downgrades the quality.